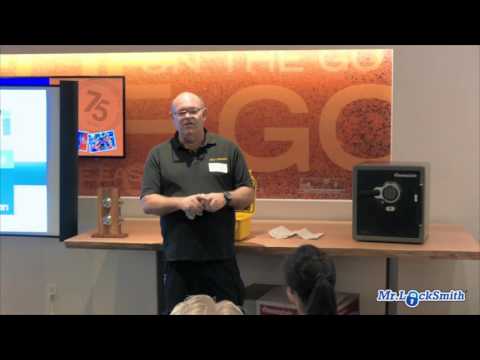 I purchased from Costco a new XXL Sentry Safe the XX Large Digital Safe. The older version is aproximatley the same size but only has two bolts. This newer version has six bolts.

I used my Hockey Puck Rare Earth magnet to attempt to open the Electronic Sentry Safe.

You have to be careful using any Rare Earth Magnet. Don’t put it near anything important. Watch your fingers. I was reading one of the recall letters from Sentry and it said a “Canadian locksmith using a Rare Earth Hockey Puck Magnet” opens up their safes, which is extremely unusual. I and many locksmiths have been using magnets to open safes for years.

The new XXL can be opened with a magnet but I think we’re going to need slightly stronger magnet and placement is really, really important. But, we were successful. We opened it.

So, some final thoughts on this safe. It is harder to open with the old style magnets we were using. I’m going to double up and get some more heavy duty magnets but on first attempt it can be opened. The solenoid may have been redesigned. It just requires a little bit jiggling of the handle to open it and I’ll see if I can put a bigger magnet on this or double up the magnets and it should just open the safe right away.

Listen for the solenoid. You hear it click. That, you hear a little click when it comes in and when you release it, you’ll hear a big click so go till you hear the little click. Jiggle the handle. Sometimes it’s right away, sometimes you’ve got to open it up, but they can still be opened with the Rare Earth Magnet. It’s just going to require a big, new, bigger magnet or more fiddling around than it did before. 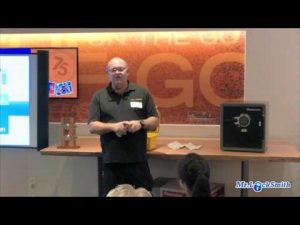 Terry Whin-Yates opening a Sentry Safe in Seconds at the Kitsilano Meetup.

For Locksmith Franchise and Licensing Opportunities go to http://mrlocksmith.com/locksmithfranchise-opportunities/